A new daring and empowering musical, Hot Wheels, is going to turn our brilliant young all-female cast into a fearless roller derby team, invincible, unstoppable and ferocious in their attack. The show gives central stage to dashing roller derby culture and all its empowerment, inclusivity and camaraderie. 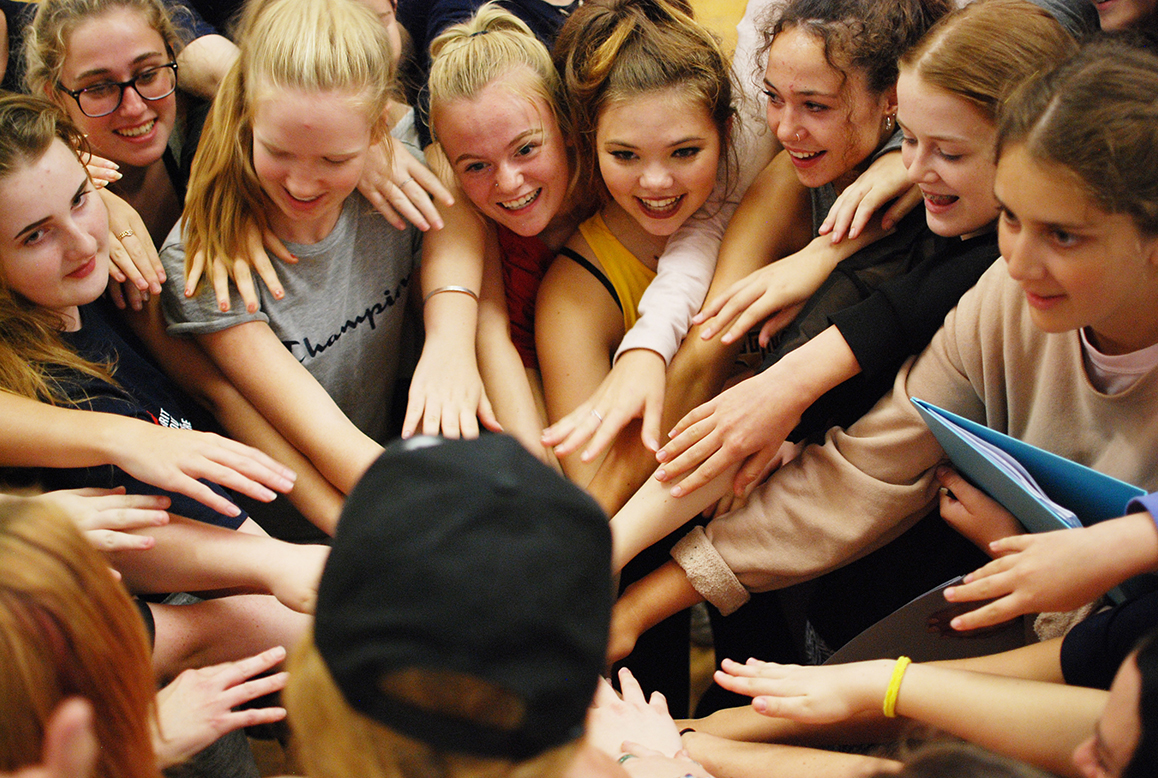 Writer and Director, Ellie Jones explains her decision to create a musical theatre show about roller derby: “When BYMT approached me about this all girls’ project, I was very keen to find a world to write about that was inhabited by strong female characters. Roller Derby kept popping up on my news feed, friends were joining leagues, bouts were happening in my town. 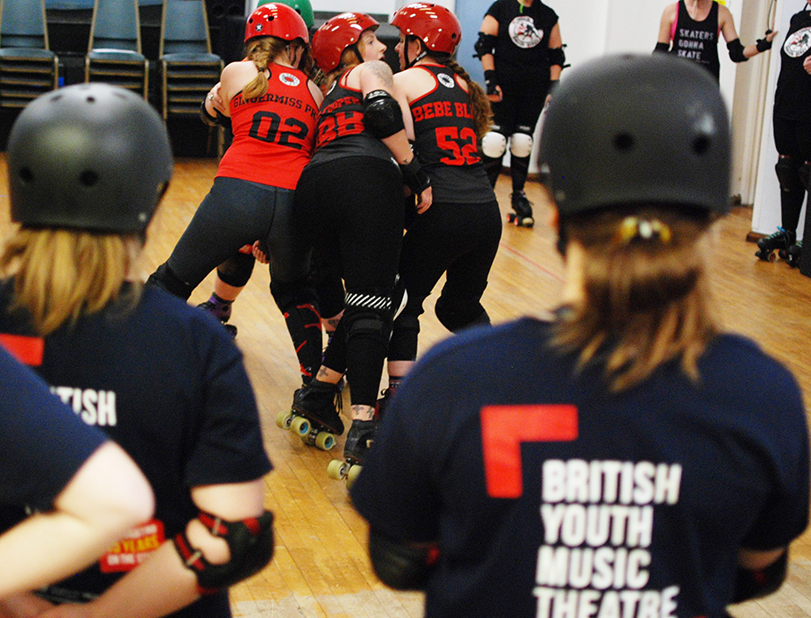 I joined a league in my local area and was struck by the freeing nature of being allowed to be aggressive and take up space. To take a hit and get back up again, stronger than before. I also spent time talking to the Plymouth City Roller Derby team and their love of the sport was infectious and inspiring.”

BYMT is extremely grateful to the Plymouth City Roller Derby team who arranged a wonderful training session for our young cast and showed a lot of support and encouragement. During this workshop the experienced roller derby players helped our young performers to develop some essential roller derby skills and learn some daring movement. 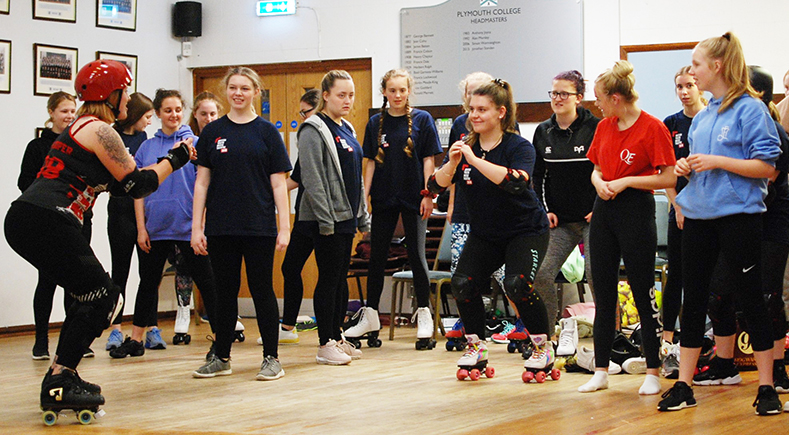 As this musical is a devised piece, this workshop also helped our young participants to explore more about roller derby players and develop their characters in the show.

As Ellie said to the PRSD: “We work really hard and it’s only a two week project and we have to get a show on in that time. And a lot of that show is being written in the room with the girls themselves. So, we might have a structure for the show, but who those characters are, how they come out and what they do is very much formed by what the girls bring to the rehearsal process and they bring loads”.

“I think it’s such a privilege to be able to working with young people starting out,” - says Ellie. “They are full of ideas and confidence and they are so talented. They are like sponges. They are keen to try something new and to offer you something else”.

The creative team behind the show is composed of acclaimed Writer and Director Ellie Jones, Composer, Lyricist and Musical Director Ella Grace and Choreographer Steve Kirkham.

Hot Wheels tells the story of a Roller Derby team. One of the young performers, Mel, 16, revealed to the PRSD: “The main story follows a girl called Molly who was in a previous roller derby team, and has decided to create one of her own.” Another participant, Emma, 17, added: “It’s a very women empowering drama because we’ve tried to keep it true to what roller derby is”. 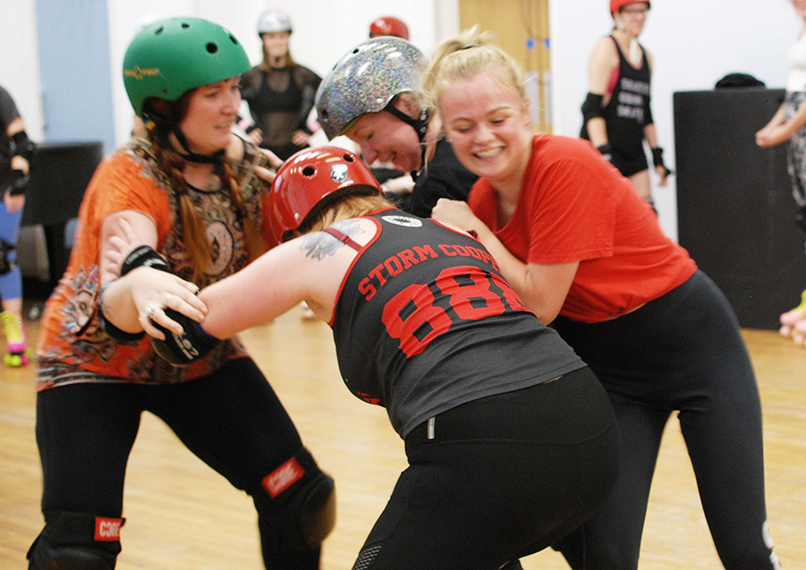 Ellie says: “Hot Wheels follows the trials and tribulations of a newly formed Roller Derby team. From their very first meeting to playing in the final of the Roller Derby Championships. The team members talk of a support network so strong they have gained confidence, changed the way they view themselves and where they fit in the world around them.”

“We naturally fall into what our society expects us to be. Even now the societal expectations are very strong – when I speak to the girls that we have performing in the show, they still feel that being aggressive is seen as a bad trait in a woman. That a contact sport is something that feminine women wouldn’t do. It seemed to me this was the perfect subject matter for the young women of BYMT, the young women getting ready to change the world.”

The show starts tomorrow, on 24 August, at the Barbican Theatre, Plymouth.

Don’t miss out and book your tickets HERE. 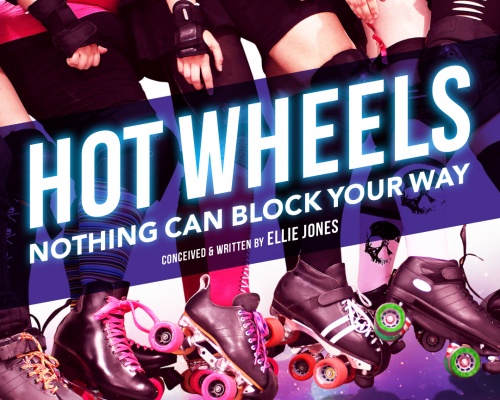 “Roller Derby is an incredibly empowering sport and it also has moves called like “The Whirlwhip of Doom” and titles that are just crying out to be made into show tunes! - Ellie Jones, Director”