I’m aware that the deadline for signing up to our summer shows is looming and that many of you will be wondering what we plan to do about the Summer Season, given the virus outbreak in the UK. Well, we are preparing for the best, but planning for the worst.

Preparing for the best, we are all very keen to run the Summer Season as envisaged with eight Productions, six Summer Camps and the Boot Camp. Whether we can do so depends on the way Covid-19 is contained and when government advises that ‘gatherings’ can recommence. As long as we can get a go ahead at the latest by mid-June, we think we can be ready.

In order to do this we do need to know how many people will take up their offer if the shows go ahead. This is partly because we also have 100 people on the reserve list and need to let them know where they stand. Unfortunately the virus has come in what has been our most successful year ever for auditions, so we have a lot of young people interested in taking part.

We have also decided to delay the deadline for signing up to Production courses for another fortnight to give you more time. Therefore, the new deadline will be Friday 10 April (except for Our Girls, Our Game whose deadline is Friday 17 April). After that, we are happy to vary payment schedules over the next three months. We may also make some changes to the Bursary Scheme, as we are aware that many families will be finding the next six months or more financially challenging. We are applying to Arts Council England for additional funding and will inform you further about that as soon as we hear back from them.

One thing we have had to do is to postpone the casting workshops at May half term for Goblin Market and Peter Pan. These will be added onto the start of the summer rehearsal periods; so for those young people  we hope to start on either Friday 7 or Saturday 8 August. We will write to you separately next week about the arrangements for this.

There are many challenges along the way. We have lost two theatres already: one has laid off its entire staff except for one person and cannot take the show; the other went into liquidation last Friday. We are finding replacements. Most of the accommodation still seems to be OK. In fact some have lost all their language school bookings so have lots of space. However, they are waiting to hear when government will allow them to reopen.

We remain optimistic and really want to deliver this programme for all the young people who have signed up.

Planning for the worst, we have to be ready to cancel if necessary. This would be a huge blow to us, the first time we have ever cancelled one Production let alone eight. However, we have plans, at the very least, for a series of Saturday singing workshops through the autumn across the UK. We could also run an Autumn Camp and perhaps even a Production course at the autumn half term. Perhaps we could even do a Christmas show as we did ten years ago when we produced Peter Pan in London at the Bridewell Theatre.  There are possibilities and we shall be exploring them all as part of our discussions with Arts Council England who would need to support us in this.

REFUND POLICY
In the event that government restrictions or guidelines result in the cancellation of any or all of our Summer Productions or Summer Camps, BYMT will offer a full cash refund, Credit Note/Gift Voucher or a combination of the two.

In the meantime, we are starting a huge programme of webinars and other on line events. You can join the first one this Saturday 28 March at 12 noon by clicking here: https://zoom.us/webinar/register/8215851466472/WN_4tJvr12HQTO-m3Orfvtf0w

Actor Alex Hammond was in BYMT in 2005, 2006 and 2007. He started on Summer Camp and then took part in two productions – The Stones are Hatching and Rare Dreams (you’ll just catch a  glimpse of him in the video here aged 17 as well as Gabriel Mokake who was in the first cast of Hamilton last year). Alex is now in Pretty Woman in the West End (although the theatre is closed) and has been in Motown, Matilda, Calamity Jane and A Little Night Music amongst many others. You can ask him questions online LIVE!

So, I am sorry we can’t give you any indication of whether or when we will confirm the summer Season – it is completely up to the Government; but let us hope it is sooner rather than later.

Hannah or her maternity cover will be in touch with everyone again as soon as we have more news. In the meantime, please do keep in touch with Hannah if you have any questions hannakipling@bymt.org 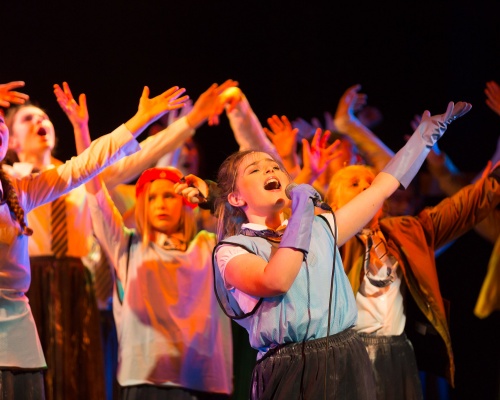